The Carbonell Awards fosters the artistic growth of professional theater in South Florida by celebrating the diversity of our theater artists, providing educational scholarships, and building audience appreciation and civic pride by highlighting achievements of our theater community.

Beginning in 2021, the period of eligibility for each year’s consideration begins October 1 and ends September 30.

The Carbonell Awards is a not-for-profit charitable corporation which has been granted 501(c)3 tax exempt status by the Internal Revenue Service (ID65-0902470). A volunteer organization that does not compensate board members or panelists, Carbonell Awards Inc. is governed by a board of directors.

Through ticket sales, sponsorships, and donations, Carbonell Awards Inc. raises funds to provide scholarships for students in the tri-county area, to study at accredited colleges and universities for careers in the visual and performing arts, and in journalism. Since the first, single $500 scholarship was given in 1978, dozens of students in Miami-Dade, Broward, and Palm Beach counties have received in excess of $100,000.00.

Mr. Carbonell’s chronological and stylistic tragectory dates back to his classical and religious period in Cuba in the 1940’s and 1950’s to the commencement and development of his intensively modern work in the 1960’s, culminating on Madison Avenue, then pinnacle of the art world.  Mr. Carbonell’s sculptures are found in museums, galleries, private and corporate collections, and important national and international public locations.  his 53-foot bronze monument, “Tequesta Family,” adorns the Brickell Avenue Bridge in Miami, Florida.  His “Bicentennial Eagle,” his gift to his adoptive country, was dedicated during a ceremony at the Rose Garden of the White House and is now part of the Smithsonian Collection.  His sculpture, “New Generation” is part of the Xujiahu Park Landscape, Shanghai, China.

As Dr. Fred Schoneman, director of New York’s renowned Schoneman Galleries expressed in 1974, Mr. Carbonell is one of the Masters of Sculpture of our times. 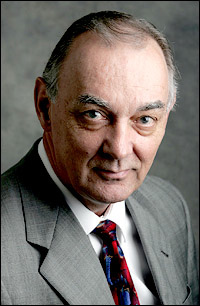 Jack Zink is the founder of the Carbonell Awards.

*Use the drop-down menu above, under “About,”  for additional information about the South Florida Carbonell Awards.