Every year, since its inception, the Carbonell Awards, in addition to recognizing special achievement in the arts and excellence in regional theatre, has also recognized high school seniors pursuing degrees in the performing arts and journalism with scholarships as part of its core mission. Since awarding its first scholarship in 1978 the Carbonell Awards has contributed over $110,000 dollars towards the college education of high school seniors in our tri-county region.

The selection of recipients is based on talent, experience and demonstrated commitment to the theatre. Scholarships are awarded to graduating high school seniors who have achieved a minimum 2.5 GPA and are intending to enroll in college to pursue a degree in theatre or journalism.

The scholarships are presented during the Annual Carbonell Awards Ceremony. One student from each of three South Florida Counties, Broward, Miami-Dade, and Palm Beach each receive scholarships in the sum of $2,000.

The scholarship is named for Jack Zink (1947-2008) a leading theater critic and arts writer in South Florida for more than 40 years, writing for the Miami Herald, the Palm Beach Post, the Fort Lauderdale Sun-Sentinel and Variety. He founded the Carbonell Awards in 1975 to honor the thriving theater and nightlife scene in South Florida and was active in the organization until his death.

Please check back for updates and application availability. 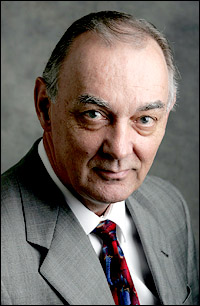 On August 25, 2008, hundreds of friends, family members and those from the South Florida arts community gathered at Parker Playhouse in Fort Lauderdale to pay tribute to theater critic, arts writer and founder of the Carbonell Awards, Jack Zink, who had passed away the week prior.

Jack Zink was a leading theater critic and arts writer in South Florida for more than 40 years, writing for the Miami Herald, the Palm Beach Post, the Fort Lauderdale Sun-Sentinel and Variety.  He founded the Carbonell Awards in 1975 to honor the thriving theater and nightlife scene in South Florida and was active in the organization until his death, often producing and directing the annual Carbonell Awards ceremony.

“As we approach the Carbonell Awards’ 40th anniversary, we are inspired by those who made the organization what it is today, one of the oldest and most prestigious regional theater awards programs in the country,” said Donald R. Walters, president of the Carbonell Awards Board of Directors.  “Jack Zink was not only the organization’s founder but also the man who shepherded the awards through its evolution.  We believe that renaming the scholarships for Jack is the best way to honor him and his dedication to theater and journalism in South Florida.”

By email, Jack Zink’s widow, Cynthia Zink of St. Augustine, and his sister, Carol Bruening of Lorain, Ohio, said they were touched when told of the honor.

“I would like to thank the Carbonell Awards for honoring Jack with the Jack Zink Memorial Carbonell Awards Scholarship,” said Cynthia Zink.   He covered the Arts in South Florida for almost 40 years.  He especially loved live theater.  It was a love affair I witnessed firsthand.  It made him laugh, gave him energy, made him reflect and at times almost made him cry.  He always wanted more, to see what splendor was being produced and by whom.  Thank you once again for honoring his life.”

Bruening said, “Some people touch our lives, Jack touched our hearts too. I want to thank the Carbonell Board of Directors from the bottom of my heart.  These tears of mine are both from the sadness in my heart from our loss of Jack seven years ago to the happiness that his legacy and love of everything theatre will carry on.  Thank you for not letting him be forgotten.”