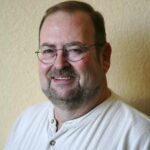 Gary Schweikhart is president of PR-BS, a full-service public relations firm based in Boca Raton. Clients include the Kravis Center for the Performing Arts, Coral Springs Center for the Arts, Palm Beach Photographic Centre, Palm Beach Poetry Festival, Arts Garage, DCOTA, Mounts Botanical Garden, MusicWorks, The Schmidt Boca Raton History Museum, etc. He is co-founder of the Gold Coast PR Council and the popular series Culture & Cocktails at The Ben in partnership with the Cultural Council for Palm Beach County. Gary was formerly VP of PR at Office Depot, Senior Media Manager for The Sharper Image retail chain, Managing Editor of The San Francisco Sentinel, Entertainment Editor of The Sun Newspapers of Omaha, a radio/TV talk show host, print and broadcast theater reviewer for over a decade, and a producer of numerous stage shows, rock concerts and citywide festivals. He will continue to serve as chair of the board’s PR & Communications Committee. 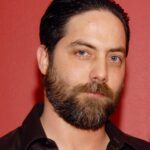 Javier Siut is a member of the Miami-Dade County Department of Cultural Affairs and former director of Prometeo Theatre at Miami-Dade College. He also chairs the board’s Scholarship Committee. 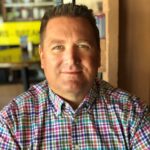 Don Walters is an Attorney and Managing Partner of Donald R. Walters, P.A., a full-service Real Estate Law Firm with offices in Pompano Beach and Coral Springs, Florida.  Don graduated from the University of Georgia with a Bachelor of Arts in Political Science and received his Juris Doctor from the University of Florida College of Law.  His involvement in the legal community includes stints serving on the boards of the North Broward Bar Association, the Broward County Bar Association, Stephen R. Booher American Inn of Court, and Legal Aid of Broward County/Coast to Coast Legal Services.  In addition to his law practice, Don has been active in the South Florida theater community for over thirty years as an actor and stage manager and served five terms as President of the Hollywood Playhouse.  He has been on the Board of Trustees of The Carbonell Awards since 2009 and as Chairperson of the Steering Committee of the South Florida Cappies, The Critics and Awards Program for High School Theater, since 2006.  After 20 years in Coral Springs, Don recently moved back to the east side where he was raised and currently resides in Lauderdale-By-The-Sea, Florida. He is the immediate past president and will continue to serve on the board’s Executive and Governance committees. 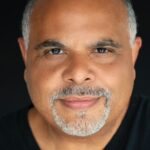 Geoffrey Short,  Secretary
President of the Board of Directors of the Pembroke Pines Theater of the Performing Arts; Broward

Geoffrey Short is the president of the board of directors of the Pembroke Pines Theater of the Performing Arts, and an experienced theater director, actor, and music producer who has worked with numerous South Florida theater companies.

Board Members: I typed something to take up space 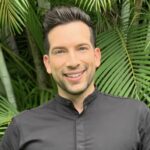 Gino R. Campodónico (he/him/his) is a skilled communicator with more than 15 years of experience in public relations, encompassing a variety of industries including culture, performing arts, entertainment, and hospitality. Gino joined the Adrienne Arsht Center for the Performing Arts of Miami-Dade County’s team in 2011. He is currently the Center’s Senior Director of Communication & Storytelling where he manages the institution’s brand reputation, digital content creation, and media relations surrounding 300+ performances and events each season. He was a board member of the Public Relations Society of America’s Miami chapter (PRSA) and recent recognitions include a PRSA “Chapter Achiever Award,” an “Emerging Leader Award” nomination from Florida International University, and being named a “Miami LGBT Champion” by Time Out Miami. 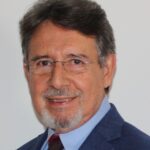 Ricardo J. Gonzalez III is a registered architect in the State of Florida.  Mr. Gonzalez has a degree in Architecture from the University of Miami with a minor in art.  Since 1971, he enjoyed an extensive architectural practice throughout Florida and owned a successful development and construction company.  He established Beaux Arts Gallery, aka Carbonell Sculptures Ltd. in 1987 for the purpose of representing Carbonell, being of the few galleries in Miami dating to that time.  Twelve years ago, he retired from his other endeavors and dedicated himself full time to the art gallery and the promotion of Carbonells’ sculptures. Mr. Gonzalez is the nephew of Sculptor Carbonell and has full authority over the oeuvre of Carbonell as well as being the proprietor and worldwide personal representative for the Estate of Manuel Carbonell. 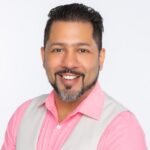 Herman G. Montero
Director of Production at the Broward Center for the Performing Arts; Broward 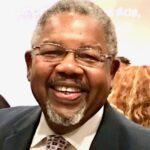 William Nix is the former vice president of marketing and governmental affairs for the Cultural Council for Palm Beach County who co-hosted weekly TV and radio programs on the arts. He currently is an ex officio member of the Palm Beach County Film and Television Commission and hosts the annual African-American Film Festival at the Kravis Center for the Performing Arts. 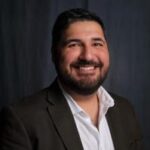 Bernie Pino
Education Associate at the Kravis Center for the Performing Arts.

At the center, Bernie Pino oversees programs such as S*T*A*R Series, Kravis-On-The-Road, Kravis Student Theater Critics, Broadway Reach, and Student Workshops & Masterclasses, among others. He is a former Artist-in-Residence for the A.W. Dreyfoos School of the Arts and a Teaching Artist for the Kravis Center. Bernie currently serves as the Assistant Music Director for the Kravis Center Dream Awards, and a judge for the Silver Knight Awards.

Karen Poindexter, a longtime Carbonell panelist and judge, has been a producer in Regional, Broadway and London theaters including the Tony-nominated musical The News, Prince of Central Park, Love Thy Neighbor, and the anniversary production of Hair at the Old Vic Theatre in London. She has worked with numerous stars including Burt Reynolds, Farrah Fawcett, Charles Nelson Reilly, Kirstie Alley, Sarah Jessica Parker, Bebe Neuwirth, and more; and has produced new musicals/plays for Helen Hayes, NY HBO Studio, NYC Fringe Festival, etc. Poindexter will serve on the board’s Fundraising Committee. 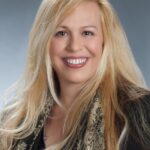 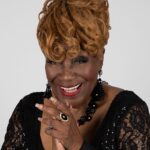 Avery Sommers is a Broadway, movie, and TV veteran who continues to sell out performances in cabarets, nightclubs, and theaters. Both a Carbonell Award winner and a seven-time nominee, she also is a recipient of a Los Angeles Ovation Award, The Silver Palm Award for Outstanding Contributions to South Florida Theater, and the Best Supporting Actress Award at the 2010 Monaco International Film Festival.