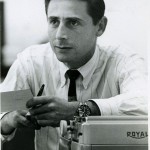 Established in 2000, the award is named after Howard Kleinberg, a long-time Editor of The Miami News, historian, and author of numerous articles and books on the social and cultural history of Miami and South Florida. Awarded as special recognition for contributions to the health and development of the arts in South Florida. 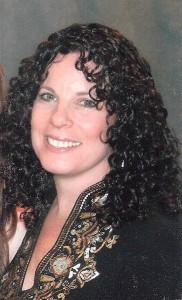 Deborah Margol served the Miami-Dade County Department of Cultural Affairs and the cultural community with extraordinary distinction for more than 32 years.  She retired in February as Deputy Director of that department.  According to Michael Spring, director of the Miami-Dade County Department of Cultural Affairs, Margol was directly responsible for the department’s growth and success over these last three decades, and distinguished herself through her passion for the arts and insightful, creative and strategic contributions to both the department and the arts community.   “I am touched beyond belief for this extraordinary honor and hope to forever embody the spirit and contributions of Howard Kleinberg to the South Florida community,” said Margol. 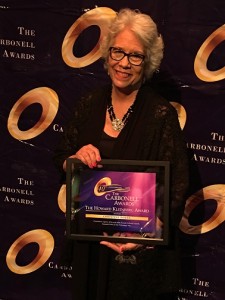 Christine Dolen, theater critic and Carbonell Awards judge, is the recipient of The Howard Kleinberg Award in recognition of her contribution to promoting the arts in South Florida. As a theater critic for The Miami Herald since 1979, Dolen has tirelessly promoted theater in South Florida and, by informing the world of the excellent work being done on tri-county stages, has helped the region to thrive. In 2011, Dolen was named one of the top 12 theater critics in the country by American Theatre magazine and was awarded the prestigious George Abbott Award by them in 2001. Although she retired from The Miami Herald in 2015, Dolen continues to cover theater for other publications. 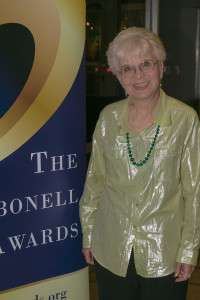 Iris Acker, actress, director, author, talk show host, and Carbonell Awards judge, is the recipient of 2014’s Howard Kleinberg Award in recognition of her contribution to promoting the arts in South Florida.  When Acker moved to South Florida following a long, successful theatrical career in New York, she wasn’t about to rest on her laurels.  She was elected the first Actors’ Equity Liaison for the State of Florida and started a casting hotline.  She worked to fill theaters with audiences by beginning a half-price ticket program that would eventually evolve into Cultural Connection.  She was elected President of The American Federation of TV and Radio Artists.   When WLRN asked her to host a program in the performing arts, Acker told them she was the wrong person for the job because she’d never hosted a show before, but they insisted, saying it would be on-the-job training.  That was 27 years ago, and Acker’s show, On Stage with Iris Acker, has morphed into Spotlight on the Arts—and it’s still going strong.  Acker also kept up her acting career, working in dozens of houses, including the Ruth Foreman Theatre, the Coconut Grove Playhouse and the Hollywood Playhouse.  “Coincidentally, all have closed,” she joked.  Acker is one of the original members of the group that became the Carbonell Awards and also co-directed the show on several occasions alongside the late Jack Zink. 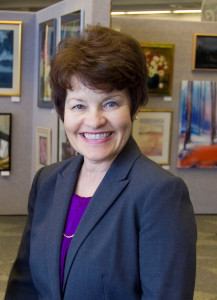 This year’s honor will go to Mary A. Becht, who has served as Director of the Broward Cultural Division since 1984 and has been a pioneer of a long list of arts and cultural milestones.   Becht has grown the Broward Cultural Division into a nationally-recognized local arts agency that is used as a model for many of the more than 5,000 local arts agencies throughout the United States.  She leads the staff, the board, the committees and the Division’s annual budget of $3.9 Million, serves a constituency of more than 550 not-for-profit cultural organizations and a community of 1.7 million residents. She has served as an on-site evaluator for the Florida Cultural Institution Program and the National Endowment for the Arts.  She has also served as vice-chair of the United States Arts Urban Federation, president of the Florida Association of Local Arts Agencies, chair of the South Florida Cultural Consortium and president of the Broward Women’s Alliance.  This award is the fifth annual award of recognition to be received by Mary Becht including, the First Annual Arts and Culture Award from National Association of Counties in 1990; the Arts Administrator of the Year Award from Arts Management News Service of Columbia College in 2002; the Public Leadership in the Arts Award from National Association of Counties in 2004; and the Ray Hanley Innovation Award, from Americans for the Arts’ United States Urban Arts Federation. Many programs from the Broward Cultural Division have served as models for her peers around the country.

Given in special recognition for contributions to the health and development of the arts in South Florida, the award goes to the non-profit alliance of theatrical organizations and professionals dedicated to nurturing, promoting, and advocating for the growth and prestige of the South Florida theatre industry.  In recent years, the League has embarked on a series of region-wide marketing and promotional initiatives including an annual spring theater festival, theater directory program stuffers, unified auditions, published talent directory and health insurance for its members. 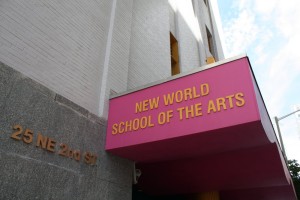 Celebrating its 20th anniversary, New World School of the Arts develops talented students in the areas of dance, music, theater and visual arts from the ninth grade in high school through a Bachelor of Fine Arts or Bachelor in Music college degree at its campus in downtown Miami.  This award is given in special recognition for contributions to the health and development of the arts in South Florida.

No awards were presented in any category. Program migrates from an autumn ceremony to a spring ceremony, with annual eligibility year moving from Labor Day to New Year’s Eve.  Awards moved from November 2005 to April 2006. 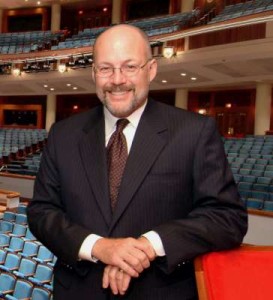 Artistic and executive director of the Miami Light Project, awarded for fostering the development of new artistic voices and styles throughout the region’s multicultural community. In addition to producing the annual Here And Now Festival, the company developed Teo Castellanos’ one-man show “On 2nd Avenue,” winner of a Scotsman Fringe First award at the recent 2003 Edinburgh Fringe Festival in Edinburgh, Scotland. 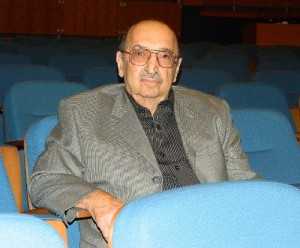 In addition to his own activities as a producer both locally and nationally, Mr. Harris has been a donor, sponsor, and board member for numerous South Florida arts organizations. He is set apart by his dedication to supporting the region’s smaller, and smallest theaters in their efforts to grow. 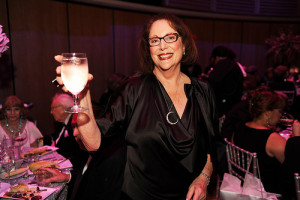 Levitt is the former chair of the Florida Arts Council, member of the Miami City Ballet’s Board of Trustees, secretary of the Greater Miami Performing Arts Center Foundation, member of the Southern Arts Federation, National Assembly of State Arts Agencies, and numerous arts organization boards.  Levitt’s ideas and energy have shaped the local, state and regional cultural fabric.

For opposition to Miami-Dade County’s ordinance banning performances by Cuban artists, and the “Cuba Affidavit” requiring arts groups to sign allegiance to the policy, that led to the law and the policy being struck down.